You Just Can’t Hug A Porcupine 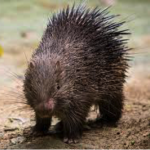 One of the unique challenges of delivering workshops is working effectively with the various personalities that populate your audiences. In most workshops and in some presentations, it’s not unusual for there to be a lot of contact between speakers and their audiences.   Some participants talk a lot, and some are quiet. Some are funny, and some are not. But some participants, as well as a few members of your audiences, are just not nice, and those porcupines are the ones you need to beware of.

Clearly, our goal and our instinct, is to get along with everyone. Our reflex is to make sure we do everything we can do to get along with those who aren’t particularly pleasant. Anyone who is leading a group, or giving a presentation would do that, and that’s what makes this issue such a difficult one. It seems that, in these particular situations, our instinct is wrong.

So, what is Rob Jolles actually saying? Is he telling us to go to battle with all the porcupines?! No, but Rob Jolles is saying that the best way to deal with those who aren’t pleasant is not to kill them with kindness. It just won’t work. You risk losing the rest of the group – the people whom you actually want to work with. We’ve all seen the porcupines who will hold a room hostage with his or her inappropriate behavior. The presenter begins to think this: “I’ll turn this person around if it’s the last thing I do.” They fawn over the troublemakers, and generally bend over backwards to do everything in their power to win over the porcupines. They work so hard – for so long – that sometimes they actually succeed! But at what cost?

You may win the battle, but you’ll absolutely lose the war. People in an audience aren’t stupid. Not only do they know when someone is behaving inappropriately, but they also know when the presenter is working a little too hard to get on the porcupine’s good side. The audience perceives this as a reflection of weakness, and they see a presenter who is rewarding bad behavior. Not only that, it is extremely rare when a presenter is actually able to successfully turn around a porcupine’s ridiculous behavior by simply being nice.

The solution is easier than you than you think, but harder than you might imagine; leave the porcupine alone. When it’s time to ask him or her a question, make it a fact-based question so there’s little wiggle room for inappropriate answer. When it’s time for a small group activity, you assign the leaders and spokespeople for each group. Hold questions from the audience to the end of each segment, and don’t be afraid to take a porcupine’s question offline if it’s inappropriate. It’s your program, and your rules; don’t be afraid to tighten those rules for the sake of the rest of the audience.

The fact is this: You just can’t hug a porcupine. If you try to, you will feel the pain of a porcupine and it is most likely that you’ll encounter someone who just doesn’t want to be hugged. You may also find your audience will lose respect for you. I’d suggest you avoid wasting huge amounts of time trying to placate a porcupine, and just leave him or her alone!