When One Door Closes… 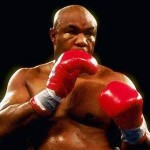 One of my friends is going through a hard time, and recently, he asked me this question: “Do you think now is a good time for a change?” The question made me smile because usually, if you’re asking yourself that question, you already know the answer. The answer is yes: It is probably a great time to make a change.

Change can be emotional, and change can be scary. For the lucky ones, change can be a mere formality, but for most of us, change is practically thrust upon us. No matter how it’s presented, we still do all we can to avoid it. Change is inevitable, and often life changing, but before you go running to hide under the covers, I want to remind you of the curious case of “Big George” Foreman.

I’m sure you’ve heard of him, but here’s a little background to catch you up:

That final fight was a good one; it was against a fighter named Shannon Briggs. George Foreman lost the fight, but in a close, majority decision. I happened to have been watching that night, and like many others who saw the fight, I thought he had won. When he was interviewed after the decision was announced, he was gracious to his opponent, and although encouraged to do so, he offered no excuses or complaints. Instead, he finished the interview with the most unusual statement I have ever heard. The final exchange, with HBO ring announcer Larry Merchant, went something like this:

Larry Merchant: “George, it looked like you won that fight on all our cards. I’m sure you must be disappointed. What do you have to say?”

Big George: “I’m not sure if you know this, Larry, but that young man over there lost his mother the other day. Who knows, maybe he won; as a matter of fact, I think he did win. As for me, I have only one thing to say: The George Foreman Lean Mean Fat Grilling Machine. It’s not just good for burgers and steaks; it’s great for chicken and chops too. Get yourself one!”

Larry Merchant looked shocked and confused, but George knew just what he was doing. He was 48 years old, and he was embracing a change that was unavoidable. He was coping with change, he was transitioning to his next career, and he was evolving.

Whose profession, or life for that matter, doesn’t involve change? We can bury our heads in the sand, or we can look change straight in the eye and aggressively move forward. Change doesn’t really care which choice you make, because it’s coming whether you like it or not. I can still remember hearing, as a 21-year old new-hire at New York Life that we were getting something called “personal computers.” Most agents adapted, while some agents refused. I’m sure you can guess how that turned out. 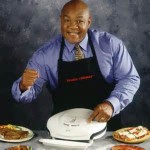 “Big George” Foreman adapted, and it should be noted that, in a punishing boxing career that spanned over 30 years, he earned an estimated 25 million dollars. When it came to the selling of his grill, the numbers were a bit different: Between his cash, stock options, the use of his name in perpetuity, and his TV appearances, it’s estimated that Big George Foreman has made close to 250 million dollars selling his grill.

The only person who likes change is a wet baby.

No matter how we respond, change is inescapable, and sometimes, but not always, for the better. I can’t even begin to count how many people I have known who fought change at ever turn. Those people eventually made significant changes, and they also wound up saying, “I just wish I had done it sooner.” Maybe it’s time you welcome change into your life. Who knows, maybe that drumbeat of change you hear in the distance is opportunity knocking… 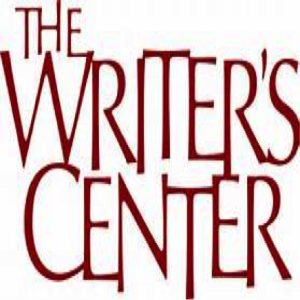 Is now the time for you to write your business book? Join me for four Monday evenings in the month of September at The Writer’s Center in Bethesda, Md. and I’ll show you how it’s done! https://www.writer.org/online-workshops?&nccsm=21&__nccspID=5693