The Ultimate Nemesis: “It Costs Too Much”

It’s human nature to look at any solution, particularly a premium-priced solution, and balk at its cost. At first glance, who wants to buy a premium-priced product when there’s another one – that costs far less – sitting right next to it? You don’t have to go any further than your mailbox to get the answer to that question. 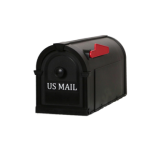 Can you guess which more then the other?

Go online or to your local hardware store, and price out mailboxes. If you do, you’ll see a number of mailboxes, many of which will run you between $15 to $30. They look terrific, and as many of them are plastic, you won’t even have to worry about them rusting.

And then there are a few others. For the sake of this BLArticle®, let’s look at just one that is called, “The World’s Toughest Mailbox.” At first glance, it looks a whole lot like the other mailboxes, but along with its mounting bracket, it costs almost ten times as much as the other mailboxes. But when they call something “The World’s Toughest Mailbox,” they aren’t kidding around. Here are just a few of the comments posted on their site by those who purchased this mailbox: 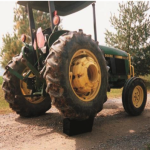 Can your mailbox do this?!

“I’ve had this mailbox for at least 10 years. I bought it after having countless others destroyed by kids with baseball bats. It is super tough and will last forever.”

“I’ve had this mailbox for over a year now and I absolutely love it. You won’t believe how heavy it is! A vandal tried to knock this one down shortly after it was installed and it left only a tiny dimple. The flag alone probably weighs as much as the traditional sheet metal mailboxes that are so flimsy. I’m sure with a coat of paint every 10 years this will last a lifetime.”

I’m sure this mailbox will last a lifetime, and therein lies magic.

In the absence of value, price is always the most important criteria.

Unfortunately, we don’t understand the value until our solution, or in this case, our mailbox, is destroyed. This is an issue that has plagued salespeople forever. Sadly, if you aren’t working with a well-trained salesperson, it plagues you as well.

The answer is found in a three-letter acronym called “T.C.O.,” which stands for Total Cost of Ownership. When moving someone to a T.C.O. conversation, the question is a simple one: “When you say it costs too much, are you referring to the cost of buying it, or the cost of owning it?” Be prepared to see a slightly confused expression, and to hear the words, “I don’t understand the difference.” That’s when you can spring to action and help someone understand the total cost of ownership. In this case, it might sound something like this:

“Well, the cost of buying this mailbox is significantly higher than the other mailbox you are comparing it to. I don’t question that for a moment. But the cost of owning this mailbox involves all the numbers associated with this purchase. Those would include the cost of replacing the other plastic mailbox itself, the cost of replacing the bracket and post, installation costs, potential costs involved with missing mail and bills that might be part of that lost mailbox, and worst of all, doing this over and over again. You see, when you add all the numbers associated with the purchase of this mailbox, “The World’s Toughest Mailbox” will be far less to own than the other mailbox you are looking at. Isn’t that what you want to accomplish with this purchase decision?”

For those who are objecting to price, the key is to get them to look at the total picture of the solution they are considering. It doesn’t matter if it’s a tangible, or an intangible, solution. Over the past 25 years, I’ve taught many clients to use the T.C.O concept, including doctors, lawyers, and even hostage negotiators. Over and over again, I’ve seen how the T.C.O. can help others to look past the present, and into the future with all kinds of scenarios.

Cost is an objection that should not surprise anyone, and being distracted from considering total costs is the norm, not the exception. The concept of T.C.O. is one major reason why premium companies like Xerox and Apple survive. If you sell premium priced solutions, it comes with the territory, and should be expected. So should a friendly reminder to your clients that you get what you pay for.