The Sweet Science… And Selling! 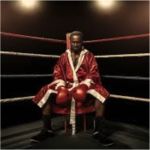 The art of selling can be compared to many things, but I’ll bet you’ve never heard it compared to a professional boxing match! Personally, I think there are at least three significant similarities between great boxers and great salespeople:

Now, consider what happens early in a selling situation.  The first few minutes of a conversation are designed with simple, open questions that are not problem related. They are intended to teach you more about your customer. The idea is to study your customer with simple, nonthreatening questions: Those questions will allow you to identify his or her challenges, and also show you where to ask the more significant, harder questions later in the conversation.

Now, consider what happens as the conversation progresses in a selling situation. These are questions that bore into the problems customers are trying to decide if they are going to address. This tells the salesperson it’s time to basically take what he or she has learned, and fire some more powerful questions.  These are the kind of questions that can truly create discomfort for a customer.

When the people you are attempting to persuade tell you that he or she has a problem, you too, must “go for the cut!”  You must try not be squeamish.  Human nature teaches us you are dealing customers who will wait and wait until whatever small problem they have been living with, becomes out of control.  Often, it is too late.  If you believe in your solution, you must not be afraid to push harder. The idea is to stay on the cut, or in this case, the customer’s difficult issue, and continue to ask more questions about that particular challenge the customer is facing.

If you are struggling with this rather unconventional comparison, I’d like to remind you of something you may have forgotten. The job of a salesperson is not to parrot features and benefits back to a customer.  We can let order-takers, or online internet sites, do that for us. The job of a salesperson is to recognize that they have a very important role to play: they have to be a change agent, helping potential customers make decisions they are struggling to make on their own.

Finally, to those who are still struggling with the analogy behind this particular BLArticle®, let me finish by insulting you one more time, and at a deeper level. Years ago when I worked at Xerox, I had a mentor and a dear friend, Larry Domonkos, who saw my apprehension when I had  to ask more difficult questions. He gave me this little pearl of wisdom, and it is still something I’ll never forget: