The Paradox of Knowledge 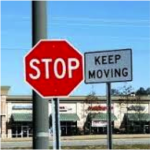 Years ago, I worked on a contract with the Farmer’s Home Administration to help them automate their offices. There was a lot of technical training involved, and that meant a lot of study. However, it seemed the more I studied, the more there was to know. It was a humbling experience when I realized that for each class I taught, there would be questions I could not answer.

Over time, I learned how to answer questions when I didn’t know the answers. I’d pull out my yellow pad and I’d proclaim, “I’m not 100% sure of the answer to your question, and I want to be clear that I don’t know everything… but, I do know where to find the answers to everything! Let me quickly jot that question down and I’ll have an answer for you by tomorrow – if not sooner.”

Because the class was highly technical and the participants were highly analytical, once I provided that response, it seemed to calm the class down a bit. Ironically, I began to notice something: The less I confessed to know, the more respect they seemed to show me. As long as I was upfront with the group, the group seemed to be more trusting of the information that I did know. I kind of enjoyed letting them see I wasn’t a facts machine, and I was human – just like them.

Unfortunately, the more I taught the program, the more knowledgeable I became. I knew which parts of the curriculum were difficult, and I could anticipate when I would hear the tougher questions. I secretly began to take pride in the fact that I did know all the answers. I was still fond of pulling out my yellow pad of paper at the start of every program and giving my “I Don’t Know Everything” speech,” but I never really had to pull out that yellow pad again for the duration of the program.

Why was this unfortunate? Because I started to notice that the more I took pride in rattling off answers to complex questions, the more frustrated the more analytical students seemed to become. That frustration often turned to distrust, and that distrust often turned to cynicism. Sometimes that cynicism even turned to aggressive behavior, and for what? Knowing too much? It made no sense to me, until I finally figured out what was happening.

People trust people who have the courage to admit when they just don’t know something. As a matter of fact, once someone admits that he or she doesn’t know the answer to a question, it builds an enormous amount of trust in the answers that person can provide. I knew that I would never dare start a class with a speech proclaiming that I knew everything! Imagine the field day a group of analytical attendees would have in a technical subject trying to prove me wrong. Yet, the longer I showed no hesitation in my quick answers to the questions that were asked, the more I began to inadvertently deliver a flawed message. The attendees I taught became less trusting of me, and my evaluations began to go down.

So, I broke one of the most critical rules of public speaking: I began to lie. When I heard the second or third difficult question from the audience, I would pause, scrunch up my face, and say this: “That’s a terrific question. I believe the answer is _______, but that’s not good enough. I told you earlier today I did not have all the answers, but I do know where to I can find them. Let me jot that question down, make a few calls, and I’ll get back to you with the answer once I have it confirmed.”

Instantly, I could see the group take a collective sigh of relief. The desire to stump the presenter was over, and the look of trust took its place. No, I’m not a big advocate for lying, and it seems absurd that I was perceived as more truthful when I didn’t know all of the answers. Yet, the proof was in the results. I taught over a hundred of those programs, and I was always trusted as someone who had great knowledge in the subject matter – even though I didn’t know all of the answers.

You don’t need to be standing in front of a group of smart people to learn this simple lesson. Author Edward Abbey once wrote:

“There is a way of being wrong which is also sometimes necessarily right.”

Those are indeed wise words when it comes to capitalizing on key moments to earn the trust of others.