The King of Comedy, and Then Some 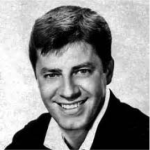 As a little boy, I loved watching comedians – both old and young. In my office, I even have a wall filled with pictures of Red Skelton, Milton Berle, Buddy Hackett, Sid Caesar, Jackie Gleason, Laurel and Hardy, Dick Van Dyke, Phil Silvers, Don Rickles, and George Carlin. But the prime spot on that wall has always belonged to Jerry Lewis. I can assure you, this was no accident.

For an entire generation… or two, Jerry Lewis became easy fodder for the people who didn’t like him. Let’s just say he became a bit unfiltered, so he was an easy mark for those who just didn’t understand him. But if you think Jerry Lewis was not one of the greatest performers of all time, you missed a few things.

I “met” Jerry Lewis two times in my life. Once was on Broadway, when he was performing the role of the devil in “Damn Yankees.” Oh, we didn’t quite meet in person, but I watched him perform in a show I had performed in twice myself. He nailed the lead in that musical, and it was unforgettable. I was in awe.

The second “meeting” was about a year and a half ago at the Lincoln Theatre in Washington, D.C. He was performing in his one-man show. He sauntered out onto the stage and said, “I turn 90 in a week. Is it okay if I sit down?” Again, I didn’t quite meet him in person, but watching him crush that show by narrating key comedic scenes in his life, and mixing in a few classic jokes from the past, was mesmerizing. 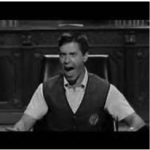 For a treat, and a walk down memory lane, here’s Jerry in one of my favorite bits.

Was he a man without flaws? No. Few of us are. Hearing Rob Schneider refer to Lewis & Martin as, “the Beatles of comedy,” and seeing Jim Carrey’s tweet of “I am because he was!” says it all.   As for me, the world feels a little less funny today. Quite simply, Jerry Lewis taught a five-year-old boy how to laugh, and how to make others laugh. My comedic idol has left this earth, but I’d like to think that a little bit of Jerry Lewis lives on in all of us.  Let’s honor him by learning and applying the lessons he taught us. Let’s try to give of our time to help those less fortunate. Let’s be creative and unafraid to push the boundaries a bit. Let’s work hard and above all else, let’s never be afraid to let out that inner child who lives in each one of us. RIP Jerry.

Is now the time for you to write your business book? Join me for four Monday evenings 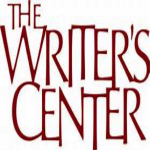 in the month of September at The Writer’s Center in Bethesda, Md. and