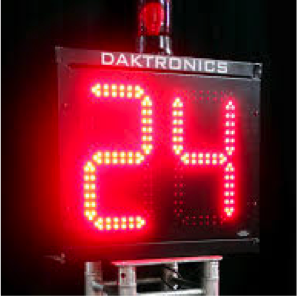 I was a lucky kid for many reasons, and one reason was because I had a Dad, Lee Jolles, who taught me many amazing things. One of the best things he taught me was something he didn’t realize he was teaching me. You see, like most parents, my Dad always wanted to hear about my day. He would pull up a chair, look me in the eye, and lock into whatever words of mine would follow… for about 45 seconds. Then, he would drift away; first mentally, and then physically. As a child, that didn’t make me feel great, but his actions taught me an immensely important communication tactic. You see, either consciously, or unconsciously, he was teaching me about the “communication shot clock.”

In basketball, there’s a shot clock designed to speed up the flow of the game. Football also has a clock moving the game along, and it looks like baseball will follow. These clocks are designed to increase the pace of the game, and to hold our attention.

Let’s face it: We are living in a society that demands that we pick up the pace on just about everything we do, particularly on how we communicate. Emails are faster, books are smaller; tweets are limiting the number of characters we can utilize, and blogs, (or BLArticles®,) are crisper. Each form of communication is attempting to achieve the same goal. That goal is to hold the attention of the viewer.

I think my Dad would have been thrilled. He wanted his information quickly, and he wanted the most significant parts identified. Perhaps the most important thing was that if he wanted to learn more, he’d ask for it. As a five year old, I may have had a tendency to ramble a bit when I communicated, but as an eight year old, I didn’t. I learned how to address a question, provide an intriguing response, and finish my response unrushed – all in 45 seconds or less. Rather than provide multiple examples to a given point, I’d provide my best example. Rather than try and guess which part of the story he might like the best, I’d let him decide. Rather than guess how long to speak for, I had my own, unofficial clock. A communication shot clock can be applied to so many scenarios.

According to the National Center for Biotechnology Information, the average attention span of a human being has dropped from twelve seconds in the year 2000 to eight seconds in 2013. We now have the dubious distinction of having an attention span that is one second less than that of a goldfish.

Well, I believe we can do better than a goldfish! I think if we choose our words carefully, our communication shot clock can be stretched to 45 seconds. What’s more, when we work with a communication shot clock, we eliminate the guesswork of trying to determine what would be most interesting to our listener. Instead, we can present a clear message, and then let the listener decide what he or she may find the most interesting. The response will let us know what area the listener wants to hear more about. My Dad may have been tough on me as a young child, but I am immensely grateful that he taught me the value of communication that is crisp and to the point.