The Art of Chit Chat 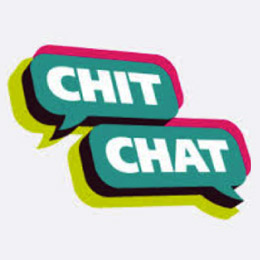 I still have a few painful memories of my first awkward dates when I was in High School; some rather unlucky girls were treated to an awkward, but well meaning, Rob Jolles. At the time, I thought I was quite a prize. After all, I wasn’t a person who had nothing to say. In fact, I was the complete opposite: I had plenty to say, plenty of funny stories to tell, and plenty of backup stories just in case I ran out of my funny stories. Oh yes, I thought I was quite the prize. Unfortunately, I didn’t ask questions, and I also wasn’t a very good listener. In other words, I may have been quite the bore!

Many people believe that being able to carry on conversations naturally, while putting those around us at ease, are skills that we are born with. Some believe that you can’t be taught these skills. Well, I’m here to tell you that nothing could be further from the truth.

Eleanor Roosevelt was known for her very gracious and sincere public image, and she possessed tremendous sensitivity to the underprivileged. Growing up, she described herself as awkward and uncomfortable around others. Abraham Lincoln was admired as a man who could charm anyone who he crossed paths with, and yet, it is well known that he was an introvert who struggled with every day conversations.

So what skills did these two great leaders possess? Either consciously or unconsciously, they understood the art of conversation, or chit chat. Here are three tips you can use to master the art of chit chat.

“The easier you make it for others around you to speak, the more interesting they will find speaking to you.”

You’ll notice that I didn’t suggest that you “tell fascinating stories” or “talk.” In fact, that’s the easy part. There will be plenty of opportunities for you to dazzle those around you with how much you know, or with that story you’d like to tell. For now, just remember that you can be the most interesting person in the room by simply being focused on those around you and in what they have to say.