Some Rules Are NOT Meant To Be Broken 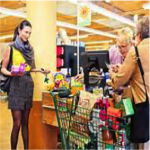 The other day, I was racing through the supermarket to pick up a few items. I jumped into a “12 Items or Less” line, and I came face-to-face with something that really makes me mad. There, in front of me, stood an individual with 48 items! (Yes, I counted them.) The individual looked like she didn’t have a care in the world…. but I cared. The others behind me cared. Sadly, the only person who looked like he didn’t care was the cashier. When it was finally my turn to check out, I couldn’t help but ask the question, “Why didn’t you say something?” The answer was predictable; “I didn’t want to upset the customer.”

He was right. He didn’t upset the customer who abused the rules. He upset all the other customers who adhered to them. It turns out that the theory behind not upsetting individuals who do not follow rules, and upsetting those who do follow the rules, plays out all the time.

I don’t really blame those who are abusing the rules. I blame the leaders who establish those rules and fail to enforce them. Strangely enough, if you want to see an industry that usually gets this right, look at the airline industry. Most airlines put seating sections on their tickets because it rewards its frequent flyers. When is the last time you saw a gate agent let someone on before his or her seating number was called? There’s a reason for this: Frequent flyers will call out customers and gate agents if those rules aren’t followed. I’ve watched this happen, and it wasn’t pretty. When customers step in to reinforce the rules that businesses establish but fail to enforce, it’s never pretty.

When you are in a leadership role, and you have others that are not following the rules you establish, you really don’t have a choice. Pretending not to notice the problem is not a choice. Choosing not to say something is not a smart choice. Taking a leadership role, and following through on the rules you establish is your only choice. If it’s a meeting, start on time and reward those who followed your rules. If it’s a meeting or training program, don’t wait around for others who did not follow your rules; reward those who did as you asked. If it’s a deadline, abide by that deadline, and reward those who were able to meet it.

By setting up rules, and then enforcing those rules, you are teaching those around you that your rules are not meant to be broken, and you’re making a lot of people happy while doing it. For those who don’t follow the rules, they may not be quite as happy but they’ll learn that there are consequences for their actions. A better world for everyone, don’t you agree?