Second Prize Is A Set Of Steak Knives

The Truth About Sales Contests 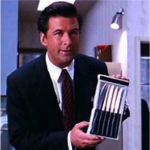 Companies and sales managers are constantly looking for ways to motivate salespeople and increase sales. One of the most traditional approaches is to create a sales contest. After all, who wouldn’t be motivated by a few extra dollars in his or her pocket? It turns out the surprising answer to that question is, “most salespeople.”

One of the problems with sales contests is how demotivating these contests can be. Because of the competitive environment that the company typically creates, and the fact that most people who gravitate towards sales are competitive by nature, not everyone plays nicely. Add that to the typical team of salespeople who may already be struggling to get along, and you may find yourself throwing oil on a dysfunctional team’s fire.

An even larger issue is how often a sales contest can create ethics conflicts. It’s not unusual for a sales contest to blur the ethics line: There are tactics that are designed to assist clients to move past his or her fear of change, and then there are tactics that begin to unethically manipulate people to create sales opportunities that only benefit the salesperson.

Don’t believe me? When I was 22 years old, I was in a contest called “Steak and Beans.” I was told that I would be competing with 23 other sales people in our office, and the rules were simple: After one month, the top twelve sales reps and their significant others would be eating steak at the manager’s house, and the bottom twelve and their significant others would serve the steak to them, and eat beans while standing around in the kitchen. Sound like fun?

Like every other member of that team, I was bound and determined not to humiliate my girlfriend by having her watch me serve steak to others while standing around in a kitchen eating beans. The contest had its desired effect for the company: We sold more product that month.

Unfortunately, there were some unspoken side effects too. The contest demoralized not just those who lost, but most of the team that won. It turns out that it’s not much fun to watch a fellow team member feel angry and embarrassed while serving you steak.

There was another side effect that was far more sinister. I found that there was a cost in my effort to stay out of that kitchen and be able to sit beside my girlfriend while we ate steak. To achieve the numbers I needed to achieve, I found that I no longer cared whether a product was right or wrong for my client. All I cared about was selling the product, and being on the correct side of those contest results. My attention to ethics was temporarily eclipsed by my desire to win. I didn’t just harm a few clients that month; I harmed an industry that I care deeply about.

It’s not a bad thing to try and inspire an individual to do great things. That’s not the argument here. It’s how we inspire a person to do great things that requires more attention. In the world of selling, we need to put more thought into how we motivate those who sell. By figuring out the right way to inspire, we can improve not only individual performance but also improve the perception of salespeople. If we do that, we all win!