Remembering Who The Customer Is 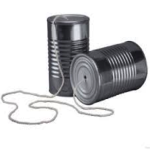 Isn’t technology amazing? We seem to have an insatiable appetite for anything designed to make our lives simpler. Apple is reporting that we’ve now downloaded well over 100 billion apps and climbing. The sky is the limit for just about anything… with one, unique exception.

Go to almost any mall restaurant, and if it’s crowded, you’ll be put on a waiting list and handed a clunky piece of technology. That amazing piece of technology is called a restaurant pager, and with its pretty lights and impending buzzer, it seems to be designed to help both you and the restaurant. You’ll soon be reminded of its one, small, technological restriction: The range is limited to roughly a few hundred feet.

I suppose the good news is that the restaurant industry is using technology to move its customers away from the check-in station. The bad news is that, with a range that is so limited, all the restaurant industry has really done is move the waiting crowd to another location. This technology is slightly better than two cans and a piece of string. This baffled me so I decided to do a little research about this little device. Here’s what I learned:

Then I figured it out. I had originally thought that the restaurants had fallen asleep on technology, but I learned otherwise. They don’t want to fix the problem. The technology exists, and it has existed for decades. Restaurants don’t want to fix the problem because a solution might satisfy the customer, but it won’t satisfy the restaurants. The restaurant industry doesn’t want you to spend your waiting time away from their establishment because it would delay their ability to seat you when a table is ready. It would also limit their chances of trying to sell you more items such as drinks at the bar.  In making this decision, the restaurant industry reminds me of one, fundamental rule that businesses must never forget: “When you create a process that serves no one but yourself, you are in direct conflict with customer service.”

In the end, it’s not about using, or not using, the technology that’s available. It’s about focusing on your priorities, and finding solutions that will ultimately serve the single most important entity of any business; the customer.