Is There A Penalty For Hope? 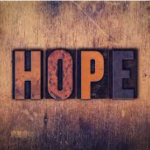 Let me start by saying this:  I think we underestimate hope. Hope gets us through tough times. Although sometimes we may choose to give up on hope, hope will never desert us. Hope doesn’t hold grudges. Hope is only a thought away, and a powerful ally.   Hope sounds like the perfect companion, but if that’s so, how come we are so quick to give up on hope?

When I hear people say, “I don’t want to get my hopes up,” it makes me wince. Why the heck would you be afraid to get your hopes up?

When was the last time your effort was reduced as a result of getting your hopes up? I’ve never seen or heard of anyone who failed because they hoped too hard. In fact, the opposite is true. When you have hope, and I mean real hope, the chance of succeeding doesn’t get reduced. It’s simply not possible. Hope provides energy. It provides resolve. It provides strength. It provides confidence. Hope can inspire you to do great things. So why are so many of us afraid to embrace hope, particularly when we seem to need it the most? What are we so fearful of?

It turns out there is a penalty for hope. That penalty is disappointment. When you get your hopes up and fail, disappointment is sure to follow. When this happens, we frequently lash out at hope. We tend to blame our failure on the fact that we hoped for something too much. Rather than blaming ourselves for our failures, we curse the concept of hope by saying, “if only I hadn’t gotten my hopes up!”

Do you know what’s worse than the sting of disappointment? The regret that comes with being too afraid to hope, because that particular fear is frequently followed by being too afraid to try… and that just can’t happen. Maybe you could have been successful, but you were too afraid of getting your hopes up, so you didn’t try.

Avoiding hope in order to avoid disappointment just doesn’t make sense, and I hope you agree with that. I say this: Throw caution to the wind, and the next time you are pursuing something that isn’t 100% under your control, give yourself a double dose of hope. I hope you’ll succeed, but if you don’t, try not to blame your disappointment on too much hope. Instead, graciously accept the minor penalty of disappointment that goes hand in hand with having high hopes. Just try to learn from the experience, and get ready to hope some more!