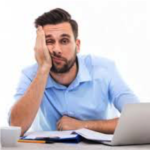 A few months ago, my wife and I went to a concert of one of our favorite performers. (The name has been left out to protect our favorite performer.)  He sang a few older songs, and a few newer songs, but there was one song in particular we were waiting for.  This was the song that launched his career, and this is the song he has most clearly had to sing for decades.

We had a feeling we wouldn’t be hearing that one until the end, and we were right.  It took until the encore for him to finally play it, and when he did, we could not have been more disappointed.  We weren’t disappointed because he couldn’t hit the notes; we were disappointed because he had changed the notes.  My guess was he sang that dang song so often he got bored with it, and decided to improve it.  My guess was that he also forgot he might have sung that song thousands of times, but we only got to hear it once.

Actors are often guilty of the same mistake.  After weeks of the same lines, night after night, the words begin to sound stale. The actor changes the lines to freshen up the part a bit, and he or she is lulled into believing the new lines are even better. I remember being in a play that ran for over three months: After I had eagerly learned my lines, and then performed them many times, I got bored with them. That boredom convinced me I had a better way of saying my lines, and I decided to improve them.  My director didn’t necessarily agree with my decision and he let me know in a hurry. I can still hear his words: “Jolles, I know you’re pretty talented, but we are going to go with Rogers and Hammerstein on this particular line.  Say it like it was written!”

We run into this same issue in business.  We learn an effective way of performing an activity, or explaining a complicated issue, and then we get bored after doing it over and over.  After a while, we decide to improve it.  The same thing happens when we deliver presentations.  Did you ever wonder how people can teach the same materials week after week, without getting bored?  Our approach might not change, but our audience does!

With those changing audiences, there comes an assortment of outcomes and personalities, and that makes our jobs anything but boring!  Although you may feel as if you have told a story or an analogy one too many times, it is being heard for the very first time by those in front of you.

There’s another benefit to embracing repetition; you can achieve consistency.  Companies work hard on branding messages, and they work just as hard to ensure that legal disclosures can be delivered in a consistent manner.  Sometimes, there are multiple presenters teaching the same curriculum. Along with other new instructors, an instructor sits through a pilot to learn how the curriculum is to be delivered. The students come to town and they are bowled over by the training.  The instructors celebrate those first couple of tough weeks and each begins to settle into the curriculum… in his or her own way.  I am certainly an advocate of each presenter developing his or her own style. What worries me is that due to boredom, a presenter may begin to cross the style line and start to change the curriculum.  I’m all in favor of innovating and evolving, but:

Never confuse doing something for the sake of doing it differently with the goal of doing it better.

Sometimes, the toughest part of our jobs is to notchange something simply because it becomes repetitive and personally boring. Sometimes, we need to learn to leave well enough alone.