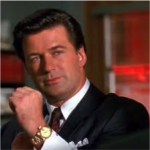 After over 30 years of teaching professional sales training, I’d like to answer the most often asked question.  This question can be asked in various ways, such as, “Are you born a good salesperson?” or “Is the art of selling a natural skill?” Anyway you slice it, the question really remains the same: “Can anybody sell?”  If I had a nickel for every time I was asked that question, well, let’s just say that I’d have a heck of a lot of nickels!

I’m not sure I knew the answer myself, until I was fortunate enough to meet someone whom I consider to be  the greatest salesman who ever lived.  No, it wasn’t any of the published authors and professional speakers whose fraternity I too belong. Nope, it was a fellow named Ben Feldman.

You probably haven’t heard of him, but you should have.  In 1979, while I was with the New York Life Insurance Company, Ben led the industry in sales – and that included the sales of all insurance companies.  Actually, it is unfair to say he led the industry; he dominated it. Ben Feldman tripled the next closest competitor, and according to the Bureau of Labor Statistics, that was well over 250,000 agents.

I had never seen a picture of Ben, but I imagined what he looked like; outgoing, tall, aggressive, big booming voice… like me! (Okay, maybe not me, but I do have a booming voice.)   I guess I imagined he would be a collection of every stereotype I had been led to believe was necessary to be an effective salesperson.  One day, I had the rare pleasure of meeting this man, and in a way, he changed my life.  Ben Feldman stood about 5’3”.  He was somewhat overweight.  He had hair a little like Larry from the “Three Stooges,” and he spoke with a distinct lisp.  Not quite what I had expected.  Within seconds, however, I was drawn to the unique style that Ben Feldman possessed. He had none of the more conventional strengths that we associate with his kind of success, yet he was dominant in his field.

Then and there, I learned the most valuable lesson I had ever learned about personal style. I could not be Ben Feldman; I could, however, focus on his technique and process. Even more importantly, I was forced to ask myself, “How can I do that so it sounds like Rob Jolles?”  What is my personal style?  Rob’s strengths aren’t Ben’s strengths. I had to figure out what I could draw upon within myself – things that are uniquely me.

Ben Feldman should be an inspiration to us all. With few to none of the classic attributes we associate with successful salespeople, Ben Feldman committed to his own, unique style, and sold 1.6 billion dollars of insurance in his lifetime! Each of us possesses our own, unique style.  The key to being a good salesperson, or whatever you choose to do, is not only learning what that natural style is, but committing to it.

Can anybody sell?  Absolutely!  You just have to separate style from technique. Unfortunately, sales managers and sales trainers often preach more of their style than their technique, and the predictable, disappointing results speak for themselves.

In the summer of 1994, Ben Feldman passed away, but he left us a few final gifts.  He left many process behaviors that are repeatable and effective when working with clients.  I think his greatest gift, however, may have been one he never articulated.  He taught us all that if you commit to your own personal style, and truly commit to it, there is no limit to how successful you can become!