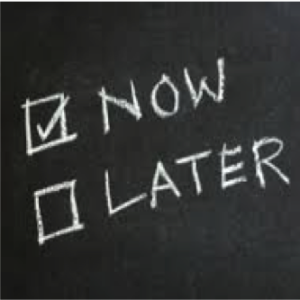 I have been accused of being, well, a bit quirky. I am a big fan of routine, and I have a long list of things I do in a repeatable manner. When I exercise, I swim a certain number of laps. I run a certain number of miles, and I do spinning and elliptical workouts the same day and time each week. When I eat, I’m very selective about what foods I’ll eat and when I’ll eat them. Although I’ve never been formerly diagnosed, I’d say it’s safe to say I have some obsessive tendencies. As a matter of fact, I’ve often referred to myself as being OCD… ish.

A dictionary definition of OCD, (Obsessive Compulsive Disorder,) is a mental illness resulting in persistent illogical fears and ideas, and often, particular habits created and followed out so as to avoid the fears and anxiety they cause. The condition can be severe and affects approximately 3.3 million Americans. In no way do I want to diminish the serious nature of those who struggle with real OCD. My heart goes out to those who suffer with this illness.

The reason I refer to my condition as OCD… ish is because, in my mind, there is nothing illogical about my actions. As a matter of fact, I’d like to recruit you to join me and develop some OCD… ish behaviors of your own.

For example, I mentor and coach people who have dreamed of writing a book. These people are subject matter experts, and they have a passion about what they want to share with the world. They know how to work a computer and they know how to type, yet the dream has never been fulfilled. That’s when I can help: I will work with the author to determine a certain number of pages that he or she has to write each week and try to tap into that OCD… ish behavior to get it done.

We all have tasks that are necessary for us to peck away at, and they are usually not the most exciting of tasks. If we let our mood determine our motivation to get those tasks done, I’m afraid that we might not start, let alone complete, them. I count on my “OCD..ish” behaviors to replace any risk of not being in the mood. Another way to say it is that I use discipline to help me. I think the roots of discipline lie in a controlled form of obsessive-compulsive behavior.

Author, and business philosopher Jim Rohn once said, “Dreams get you started; discipline keeps you going.” Call it what you will, but channeling your own set of compulsive behaviors to logically support your given goals, or being a tad OCD… ish, may just help you achieve things you’ve only dreamed of.