Be Strong… But Not Too Strong! 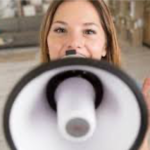 A few years ago, I was working on some branding ideas and training materials for a client when something caught my eye.  Although I’m usually focused and dialed in during meetings, I couldn’t get past the odd distraction that kept pulling me away from our conversation. I could see an unusually bright light, and I sensed that it was the kind of bright light that was involved with filming something.  I knew that there was a camera close-by, and when there’s a camera rolling, there’s a need for Rob Jolles to be in front of it!

When I inquired about the lights and the probable filming going on, I was told the company was filming customer testimonials for their upcoming TV commercial campaign.  As my eyebrows raised, my client clarified things: “It’s only for clients who have used our product.”  When I informed him that I had, in fact, used the product, he told me, “Well then, take a shot at it!”

We finished our meeting, and I immediately went to the makeshift studio. I was feeling rather full of myself because I knew exactly what they were hoping to hear in the spots they were filming: After all, I was helping to creating the branding for the company!  What’s more, I had plenty of acting experience and over 30 years of presentation delivery experience as a professional speaker.  This was going to be too easy!

Before it was my turn in front of the cameras, I watched two rather ordinary, average interviews, and I smugly thought to myself: “Wait until they get a look at a pro in front of that camera; I’m going to blow the doors off this place!”  Finally, it was my turn, and, I was ready to pounce on the first question that would be coming my way.  When they threw me the first easy question about what I thought of my experience with the company, I launched into my response. It was full throttle, and I gave it everything I had…

“Cost, convenience, choice – I got it all and it was a tremendous experience!!”

The sound man looked like a doctor who had just heard someone yell into his stethoscope, and the director nearly fell out of his chair.  I was both confused and stunned by their reaction.  The director waved his arms for everything to be stopped, and he came up to me and spoke these words quietly, “Listen, when I film testimonials like this, I never stop the camera… but for you, I had to do just that.  Sir, I know you are used to speaking in front of live audiences, and you’re used to speaking so you can be heard ten to a hundred feet away.  In this particular space, however, your audience is the camera, and that camera is three feet away.  It’s rare I have to say this to people, but in this particular instance, you are way too big.”

Sheepishly, I pulled my delivery way back, and I gave them what they wanted; a believable response. To be believed, I needed to stop performing for the camera, and I had to treat it like it was a friend who was right in front of me.  I tell you this because we’re all starting to take our conversations to a different type of camera now, and it’s called a “webcam.”  The initial reaction is to get as big as possible, as often as possible.  The appropriate reaction is to be as believable as possible, and that means pulling back a bit.

You don’t want the person on the other end of the webcam to fall out of his or her chair, or look like someone just shouted into his or her stethoscope.  You want the person on the other end of that webcam, to feel as if they are listening to a friend. That friend isn’t acting, but rather, having a genuine conversation.  It’s more natural than you might imagine, which makes it easier than you would think. Just be yourself in front of that camera, and it will be perfect! 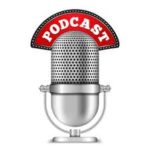 We all hear negative voices, but when we face challenging times, they tend to chirp a little louder. The problem is, we underestimate the toll those negative voices can have on us.  In my latest podcast, “Pocket Sized Pep Talk” – Handling Those Negative Voices, I’ll be talking about some of those low-level negative voices, and how to shut them up!  Now’s not the time to let these voices have their way; we’ve got this!  After you’ve heard my podcast, please listen – follow – rate – review!   https://podcasts.apple.com/us/podcast/pocket-sized-pep-talks/id1497772972

You might want to also listen to a short piece I did on “Worry.”  If you’re struggling, have a listen, and I think you’ll learn a few tricks that will assist you, and you’ll feel a little better as well!  Listen – follow – rate – review!  https://podcasts.apple.com/us/podcast/pocket-sized-pep-talks/id1497772972