And Now, The Rest Of The Story 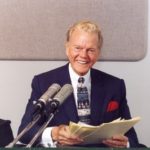 Born in Oklahoma, and the son of a policeman, Paul Aurandt started making radios while attending high school.  His teacher was very impressed with his voice, and helped him get a job at a local radio station.  It wasn’t long before he was reading commercials, and then, the news.  His success, and his famous taglines, allowed him to steadily rise within the ranks of broadcasting. He eventually signed a 10-year, 100-million-dollar contract at the age of 82, while being simulcast on over 1,300 radio stations.  You may not have heard of Paul Aurandt, but you may know him by his radio name – Paul Harvey, and quoting one of his signature phrases; “now you know… the rest… of… the… story.”

If you have never heard of Paul Harvey, that’s about to change.  If you have heard Paul Harvey on the radio, I’m guessing you still remember him. He had a unique writing and delivery style, and it’s time to bring it back so we can appreciate it and learn from it.  There are so many wonderful communication techniques he used; they are too valuable to be overlooked!  For instance, with regard to delivery, he would:

That isn’t all.  His approach to constructing a story was, in a word; amazing.  His signature “Rest of the Story,” allowed him to present little known or forgotten facts in a masterful way, and yes, it sure would hold your attention.  It flew in the face of a traditional writing approach as he would:

It’s never been more difficult to grab the attention of a heavily distracted virtual audience, but what if we used that particular approach in how we wrote about or told a story illustrating a little known or forgotten fact now?  Please go back, and read the first paragraph of this particular BLArticle®, and you’ll see I attempted to do just that!  With over 600 million blogs in the world today, if I don’t hook you early, I won’t hook you at all.  As a professional speaker, I now conduct meetings and webinars with virtual audiences. The distractions are overwhelming, and it has never been more important to not just hook, but hold, an audience.

Paul Harvey’s approach to hooking and holding an audience was legendary, but that doesn’t mean it can’t be mimicked. His cadence was clearly his own, but his use of pauses can be used by anyone.  It’s been argued by many, including me, (BLArticle®: The Power of the Pause), that pausing at strategic moments does wonders when it comes to getting and holding an audience’s attention.

However, it’s the actual process used in constructing a story that does the hooking and holding, and really can, and should, be revived.  If you listen to enough of Paul Harvey’s stories, you’ll notice a fairly consistent process.  That process could be broken down into the following steps:

Here’s an example of what I’m talking about:

If you’ve never had the pleasure of listening to Paul Harvey, here is a classic – and one of my favorites.  A Paul Harvey, Rest of the Story.

Rest in peace, Paul.  Your stories, and your unique way of telling them, will never be forgotten, and with a little luck and some determination from those who may read this, your unique approach to hooking and holding an audience can live on in the hearts of others. 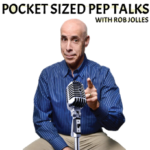 What if we all ignored the long-shot odds we often face when trying to accomplish great things, and  concentrated on a different system of success: “Going 1-0 every day.” In this pep talk, we’ll focus an concentrating on the here and now, and focusing on mastering the tasks that are right in front of us at that very moment.  We don’t need to win all our games; what we need to do is focus on, “Going 1-0 every day.”